After 37 and a half rushed and glorious hours, I have just completed the long-long-long awaited landmark title from Square-Enix’s offices, Final Fantasy VII Remake. I’ve a long personal history with the Final Fantasy franchise and I was extremely excited to see what this game would have in store. Whether it would be a nostalgic trip, or a whole new experience. Everyone was of course expecting a combination of the two, and it does seem to be what we got. 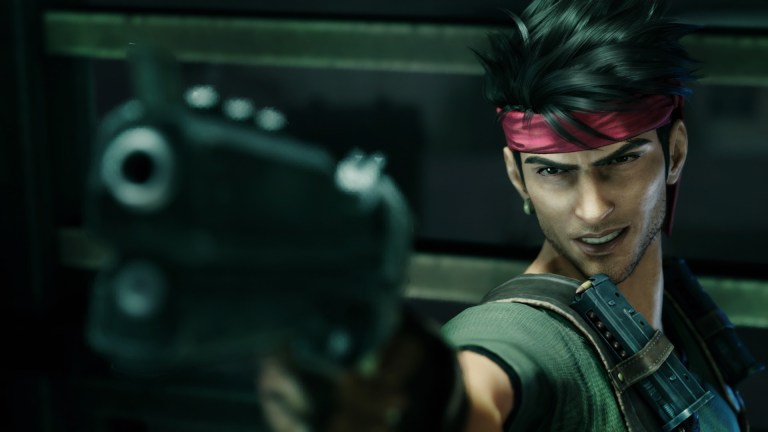 What they did right

Honestly the game is a tight, full experience. I was chatting with some friends the other night who joked that I’d paid full-price for half a game, and while this is definitely something people were worried about, I think the game manages to feel like a full game in its own right. Despite the fact that the game ends just before the party leaves Midgar, the game shows its players just how action-packed the plot of Final Fantasy VII really is, even in this small chunk of the whole story. The plot builds nicely, with two grand climaxes (the dropping of the Sector 7 plate and reaching the top of Shinra Tower) that get the adrenaline pumping.

Given that the game focuses on the party’s Midgar-based escapades, it is no wonder that they’d give a lot more screentime to the characters you meet there. Most obviously this includes a lot more characterisation for Biggs, Wedge and Jessie. These three get detailed backstories and personalities, and it’s almost heartwrenching as you get to know them and like them, knowing what happens to them further on (allegedly). Additionally, the game adds a whole new cast of characters that you’ll meet a few times, such as Marle, the kindly matriarch of the Sector 7 Slums, and the Wall Market trio, who are key characters in the Don Corneo arc. These characters are well-made, and only serve to populate the story that if lifted wholesale from the original game, might feel quite empty and devoid of colourful life.

Speaking of colourful life, it has to be said that this is, as per SE’s standards, a very gorgeous game. Environments are lush and a not at all a slog to trek through, and the team have obviously taken a great deal of care in recreating classic environments from the ground-up. Take the train graveyard for example. While there are added sections to pad out the dungeon’s length, every detail that was present in the original seems to be here too, down to the placement of the train puzzles. This attention to detail to can be seen in places like Don Corneo’s mansion too, as well as the Sector 1 and 5 Reactors, which are stunning extrapolations of dungeon design and recreation.

I can’t talk about dungeons without talking about combat, which in this game is very good. It’s a very responsive system, and giving players the option to play it in Classic mode is a good move. It has a nice difficulty curve, with players naturally learning how to work within its systems, and it hearkens back to successful design choices of the past, with a mixture of Final Fantasy XII’s action menu and Final Fantasy XIII’s stagger system. Enemies react quite realistically, and there is a decent amount of variance in the foes you’ll face. What they’ve done brilliantly, is they’ve made some of the more iconic and dangerous enemies from the PS1 original into full-fledged bosses, which just warms the nostalgic heart. More precisely, these are Hell House, Eligor and the Swordipede, which are unique and (mostly) fun fights. I hated Hell House. With a passion. What I could take or leave

Everyone was quite excited to see how character development would work in this game. The materia system of old is well known for being both very interesting to work with, and very fun to completely break. In this game: not so much. There aren’t really very many interesting combinations to play around with, which I found quite disappointing. There are some nice improvements from the old system, such as the All (now termed Magnify) working regardless of how many times you use the linked spell, and new yellow materia such as Pray and Chakra are interesting to use, if useless after around the mid-point of the game where Cure spells reign king. Weapon upgrading is… well it’s there , I guess. All in all it’s too much effort to micro-manage when you can get by just fine with Auto-Upgrades and resetting your SP every now and then to take advantage of newly unlocked nodes.

Final Fantasy VII was quite notorious for all the summon materia it throws at you. You had to deal with so many, you’d barely get to see one summon’s animation before the next shiny red orb came at you with higher stats and better qualities (poor Leviathan). This game, not so much. While the summons they do have are pretty, they often make very little impact in battles and the ATB bars you’d spend to command them are better spent elsewhere. And there are so few. You’ve got Ifrit, Shiva, Leviathan, Chocobo & Mog, and Fat Chocobo. And Bahamut is a post-game exclusive. Plus the pre-order exclusives, but they’re kinda trash apart from perhaps Carbuncle. Where’s Ramuh? Where’s Titan? Alexander gets a mention in some blink-and-you’ll-miss-it Wall Market dialogue but that’s not much. Just a tad disappointing to me.

Hard mode is, of course, hard. It’s quite a thrilling challenge and I am excited to get more stuck in to it and complete some of the challenges it provides. Making MP conservation important is an interesting rule to work within, but the arbitrary ‘no items ever’ rule? It almost completely invalidates gil as a concept and I think it’s a very bad design choice.

Red XIII not being playable is quite a frustrating choice. He’s there for a decent part of the climax, you can see that he’s got materia equipped and he actively helps out in combat. It’s just a disappointment not to be able to control him. He truly feels like a guest in the party when in the original he was a full-fledged member. Additionally, knowing he was voiced by the same guy as Ryuji from Persona 5 ended up being disappointing knowledge as I was pleasantly expecting the same boyish voice to come from everyone’s favourite lab rat dog. It would have contrasted nicely to his mature and sagely demeanor while referencing the fact that he’s actually basically a teenager. But no, we just get a throwaway line from Aerith calling him a child.

Heideggar is played by John DiMaggio and while I love his voice acting, I can’t help but hear a man doing his ‘Bender from Futurama’ voice through a ‘Migelo from Final Fantasy XII’ modulator.

What could have been better

My number 1 cardinal issue with this remake is, and this may be an obvious one to others that have played, the changes they’ve made to the story. The most egregious is the huge new unmissable addition to the world: the Whispers. So-called arbiters of fate which feel like a very blunt meta-hammer smacked into the face of every player of the original that leaves a mark across your cheek that reads “See? We’re doing different shit this time!” and it leaves a bad taste in my mouth. I’m no PS1 purist but these hooded specters feel wholly too unnatural and odd in the world we know so well already, and I dislike the implications for the future games.

There were numerous other changes that I was not a fan of, too. I liked how they handled Wedge’s survival, and the accompanying underground lab dungeon which was even foreshadowed at the beginning of the game, but seeing Biggs alive at the Leaf House at the end of the game? Come off it. I find it totally unbelievable and death fakeouts are one of my biggest pet peeves. Not only that, but even though Wedge had a satisfying story arc, they decided to thrust him right back into the “unknown status” territory which just sticks in my craw.

And then we have Sephiroth. What the original did brilliantly the remake just bats away. In the original, Sephiroth is a name that gets used very specifically, and you get to know that this person is a war hero, he’s past tense, he’s not a part of the ongoing plot. And then you get to the top of Shinra Tower and you see President Shinra dead, with the Masamune sticking out of him, and it’s a moment that strikes some sort of eldritch fear into both the characters and the player. And it works. The build-up with the trail of blood, the foreboding music, the realisation that the story has just been blown wide-open? The fact that you aren’t even close to seeing Sephiroth for the first time? Perfect. In the remake however, Sephiroth is known and seen from the word go. You’re taunted by him in the second chapter of all times. He’s a constant presence, both in illusion and flashback form. Aerith at one points brings another meta-hammer into the player’s face by saying that while Shinra was the villain at the start, there are bigger players in the game. Does SE not respect its own writing? And then we see Shinra die in a very unsatisfying scene, where they give the player another bullshit death fake-out by stabbing Barret just long enough to make sure he sits the (admittedly cool) boss fight out and avoid any risk of a party-selection screen.

And not just that, but wow, Sephiroth is quite awful this time around. He seems to speak only in metaphor, and since we, the players, aren’t expected to know all of his backstory with Cloud, the few lines where they volley with each other are totally lost. He’s barely a character. He’s a twunk with a wing and a compensatory sword. Boring. I would have been far more satisfied if they left him a mystery a la the original, but hey. I expected this. You can’t have a Final Fantasy VII without a climactic Sephy fight.

SPEAKING OF that fight: the second half of Chapter 18 was straight out of Kingdom Hearts and I hated every fucking second of it.

And I’m not even going touch all the weird timey wimey multiple universe stuff the game tried to make interesting at the end.

A picky thing to end on. Slowness for the sake of slowness. Now I’m no game designer, and I am all too aware of the current trend in playable loading screens (ever since those Mass Effect elevators) but oh my gosh there’s so much forced slowness in this game. Cloud will walk ever so slowly when he walks near a person, walks past a sight that the designers are obviously so proud of, when he’s near a wall, when he’s in some corridors, and all the rest. Some sequences are very egregious, including the walk through burning streets at the start, and the vent scene in Shinra Tower which felt like such a break in momentum. Too many ladders. Too many narrow cracks to squeeze through. Too many bumps in the road that make the experience take longer. Again, far too many cracks to squeeze through, the least imaginative way to hide a loading screen.