This is a new thing I’m going to be trying: a review that takes place over a few days/sessions where I look at a game and write my thoughts about it as I get through it. First impressions, changed views, likes and dislikes etc. As always I do this for myself but if someone else enjoys reading it, all the better.

I found myself only mildly excited by the looming release date for Crash 4. Maybe it had something to do with the other games holding my attention at the moment (Hades and Skyrim, to name them) being more my usual style. Nevertheless, a new Crash game, and one in the style of the PS1 classics, was an instant-buy.

That flood of nostalgia as the game boots up and regales you with music reminiscent of the older classics is palpable. The score comes right in and says, loud and proud, “I am a Crash Bandicoot game” and it works. And then in flops Crash interacting with the logos, and it’s silly, goofy stuff that throws you right back into the franchise.

An Overview of the Game

So I guess I’ll start from the beginning, and say what I discovered I liked about the game right off. You’re presented at the start with a choice between having ‘lives’ like the old games, or not. The game recommends you do away with lives and have infinite checkpoints, and I can see why – the game has a lot of very finicky parts even at the beginning of the game where you will be throwing yourself to your death because a mis-timed jump has stopped you getting all the boxes, or a hidden gem. I like this aspect of the game, I’ve thought for a while that having limited lives is such an outmoded concept, a frustrating holdover from the days of arcade machines.

What became obvious next was the difference in collectibles. Crash Bandicoot has always been a game where you must collect lots of things: Wumpa fruits, gems, crystals, relics etc. In this game, each level has a total of six gems to collect: Three for collecting lots of Wumpa fruit, one for breaking all the crates that litter the level, one for beating the level without dying more than three times, and one for finding a hidden gem within the level itself. The difficulty in collecting these gems seems to vary wildly. The hidden gem in the first level for example is one heck of a doozy, but it’s quite difficult to miss the one in the second level.

What this leads to, in the end, is both a wonderful sense of accomplishment when you collect all 6 of a level’s gems, and woeful frustration when you miss a single box, or die a measly four times thanks to a particularly tricky jump or nitro placement. In addition to even that, for every level you complete with 6 gems acquired, you will unlock a skin for either Crash or Coco (who seem to be totally identical in gameplay). Skins add some variety to the visuals, but if I’m honest I haven’t found one yet that beats out the originals.

Crash 4 has a level selection screen that is extremely reminiscent of the island-hopping screen of Crash 1, rather than the hubs of Crash 2 and 3. But this time, instead of hopping to different islands, you’re traveling through time to various periods (you’ll encounter a Mad Max-style future, a golden age of piracy land, and an eastern-themed area with cherry blossoms and ghost dragons for example – typical videogame locales). This way, we get the varied environments of the later Crash games with the satisfying and logical linearity of the original. I really like how they’ve done this.

At the time of writing, I have encountered two ‘gimmicks’ that the game has introduced to the series. As you go through the game you will encounter new masks, similar to Aku Aku, Uka Uka and the four elemental masks from the Game Formerly Known As Crash 4. They will grant you powers, to be used in short sections of levels to add more puzzle elements. I feel like these powers are really gimmicky and don’t integrate into the experience all that well – the first power feels very unintuitive to use and the second power has control issues that make it very frustrating when it doesn’t go your way.

Other than those issues with the gimmick powers, the controls are fine. Crash and Coco move smoothly, they have a little yellow circle underneath them that helps with the depth-perception issues that seemed to plague some players of the N. Sane Trilogy, and having double jump from the very start is a nice surprise. The platforming segments largely feel satisfying to play through, especially when you get a good rhythm going.

Time trials are back. And there are now ‘ghosts’ that players of Crash Team Racing will be familiar with – translucent versions of Crash will now run through the level as soon as you pick up the stopwatch to show you what you should be doing to at the very least achieve the Sapphire Relic. I hate all forms of timed gameplay so that’s all I have to say on that.

One addition to the game that I don’t know how I feel about yet is a whole new character. She pops in at some point in the third ‘world’, saving Crash and Coco from pirates. She is Tawna, a character originating all the way in Crash 1, but in name only. She is instantly hand-waved as a Tawna from an alternate dimension – hmm. Her gameplay is rather similar to Crash and Coco’s, with the addition of a hookshot (like Ratchet and Clank’s Swingshot) and wall-jumping (like Ratchet and Clank’s wall-jumping), and her levels tie into the normal levels, with Tawna acting behind the scenes to save our marsupial siblings from certain death. It’s a fun twist, but what gives me pause is that the character really seems like furry-bait at the moment. Which isn’t inherently bad but like…

Grind-rails are here. Like Ratchet and Clank. But this time more linear and with missable crates that mean you will miss things and then have to kill yourself to restart. They’re a genuinely horrible addition to the game.

So, the character models look a bit rubbery here and there during cutscenes, with odd lip-syncing choices too, but that’s not too awful. In-game, everything is pretty gorgeous. Backgrounds are full of detail, enemies are extremely vibrant and interesting to look at, each level has its own personality. The water physics in levels where you use a waterboard are quite nice to watch especially – I found myself quite impressed there.

The sheer amount of detail put into the levels is impressive. At some points I ended up backtracking through parts of some levels just to get a better, less rushed look at the things in the background or strewn around the ground. The team have obviously spared no effort in making the game feel full of colour and life. It’s beautiful.

The same can be said for the sound design. So far, I have enjoyed the tracks that accompany each level. One nice detail is when you use the ‘spin forever with lots of airtime’ power that you pick up eventually, the BGM gets very frantic to match your spinning. It’s a very noticeable but not distracting touch, and something I adore is a soundtrack that plays along with the gameplay (see also Rayman: Origins, Dark Souls 3 etc.).

So I’ve had a lot more time with the game, and a lot more fun at that. The game is tight, handles well and is absolutely gorgeous. I was blown away by the look and style of the game’s rendition of New Orleans. Stunning.

That’s where my praise ends, because I have some major issues with the design of the game itself. This is a criticism echoed throughout the internet on the whole but the game’s tendency to hide multiple clusters of boxes completely off-screen in seemingly every level is nothing less than infuriating. To get the box gem naturally, without guides, players are going to have to throw themselves into the foregrounds, backgrounds, into houses that could be part of the environment or not, into hazards that look like platform (the awnings in the Asian-themed world, I’m looking at you). There is no rhyme nor reason to this. It sucks. It makes the game less fun. 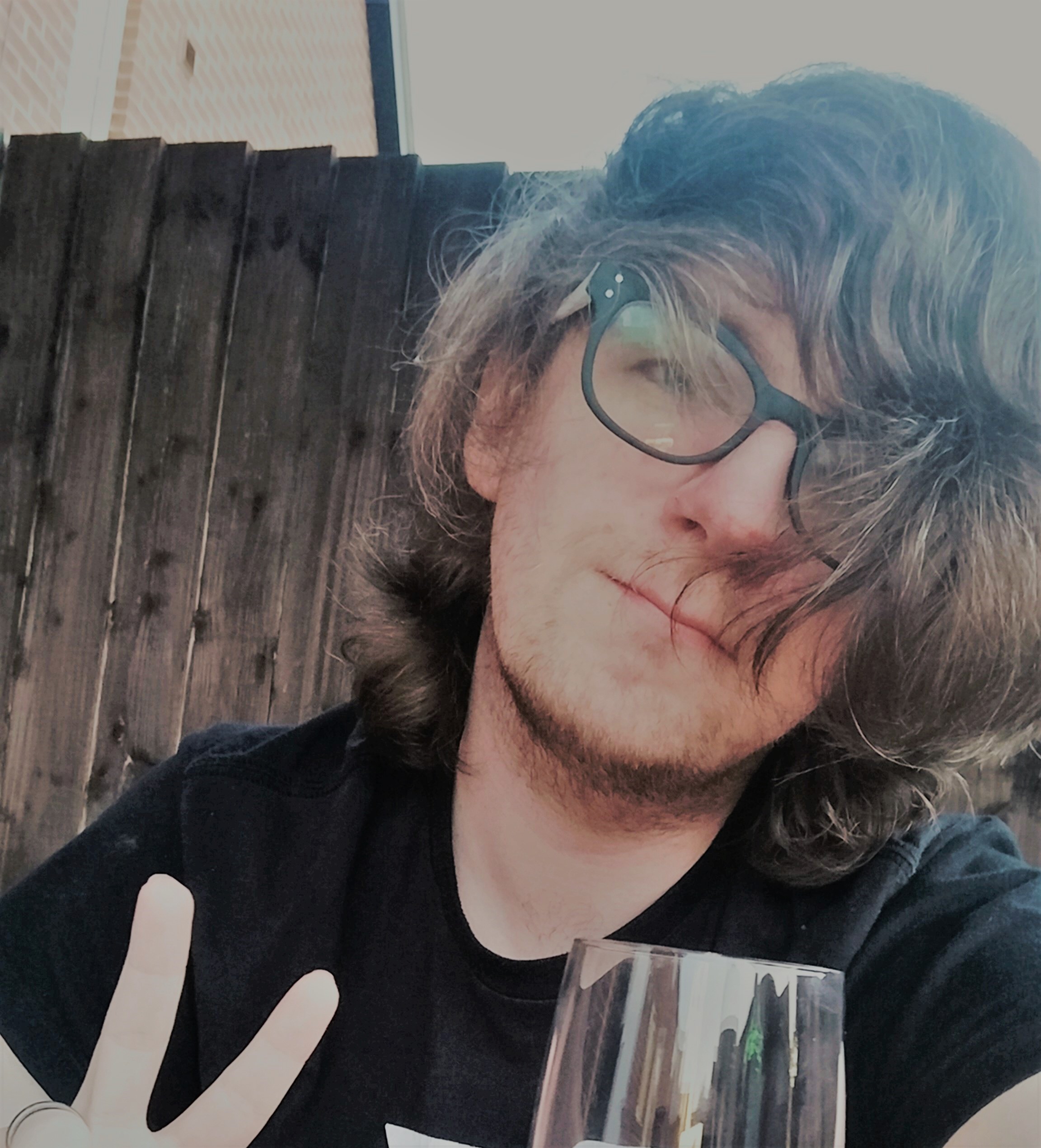